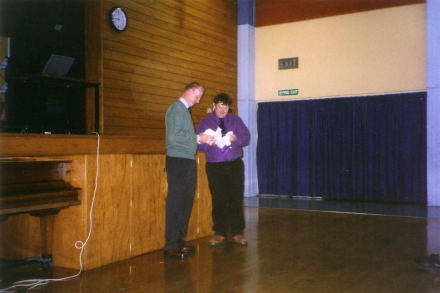 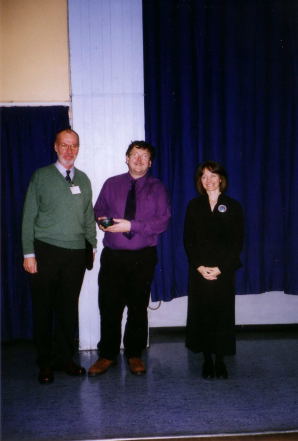 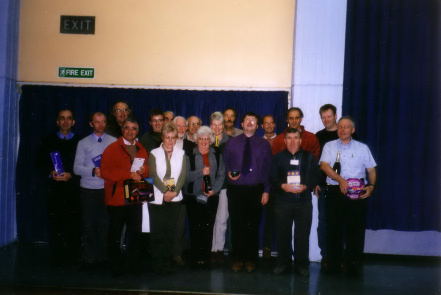 In October 2003, SIGMA was lucky enough to host a lecture on variable stars, by Neil Bone at Elgin Academy, during his “grand tour” of Scottish astronomical clubs. Sigma was joined by various members of local astronomy clubs, including Aberdeen and District Astronomical Society and Highlands Astronomical Society.

Neil Bone, a native of Campbeltown in Argyll, is a frequent lecturer at astronomical societies and conventions. By profession, he is a Research Fellow in the Biochemistry Department of the University of Sussex.He has over 30 years experience observing the sky and popularising practical observational astronomy with a particular passion for observing variable stars. He is also the author of a number of excellent astronomy books on subjects as diverse as Mars, aurora, comets and the deep sky and is also the Director of the BAA’s Meteor section.

Neil explained the classes of variable stars and just why their light outputs varied. He showed us the lightcurves which could be obtained through making observations over a period of time and gave helpful advice on which stars could be used to get amateur astronomers started on this aspect of the hobby.

After his talk there was a lively question and answer session, followed a presentation by SIGMA Chairman, Bob Roseweir and finally, evening was successfully ended by a raffle!

Sadly, on 23rd April 2009, Neil Bone passed away after suffering with cancer.

Neil was the Director of the British Astronomical Association Meteor Section and was well known for his articles in Astronomy Now and has also published many other books.In 2009 Neil had an asteriod named after him.

Neil will be sadly missed in the world of astronomy and our thoughts are with his family.