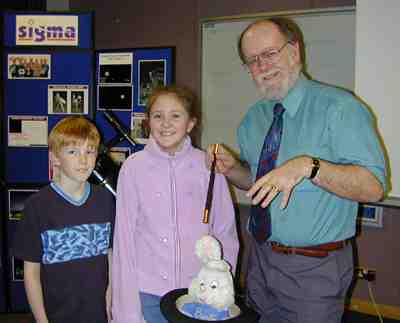 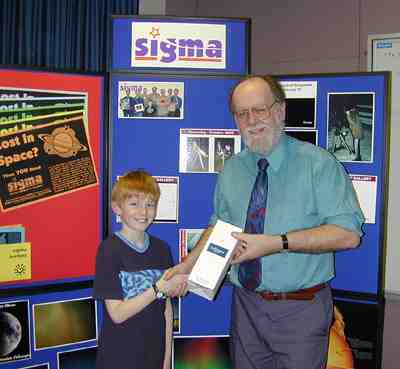 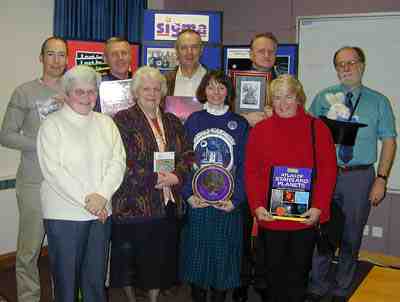 Our 2001’s session showcase was in February when we had a visit from Professor John Brown, Astronomer Royal for Scotland.Professor Brown’s lecture took place on 4th February2001atMoray College, Elgin.

Around fifty SIGMA members along with eighteen of their guests were joined by the Club’sspecial guests for the evening, over twenty members of Highlands Astronomical Society.

We were enlightened by Professor Brown’s knowledge of astronomy and entertained by his skill as a magician. The centre of the Professor’s magic act was a black hole, cunningly disguised as a top hat.

Following a question and answer session, Professor Brown drew the raffle. As it was his birthday, he was presented with a Caithness Glass vase entitled “Northern Lights” by Christopher Jennings, on behalf of SIGMA.