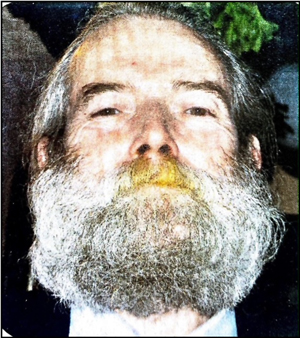 Many of us will remember Stewart as a quietly spoken, somewhat shy individual who said little unless he was delivering a talk.  He will probably always hold the club record for the longest series of space news snippets that almost equalled a full talk.

His frequent full talks to the club, with some impromptu ones when the main speaker failed to materialise, demonstrated his deep knowledge and understanding of physics and astronomy and hinted that his true career should have been as a scientist.  There was certainly much more to Stewart than most members perhaps realise though the few words below can only give a glimpse of his life and true nature.

Born in Ballater, Stewart’s early years were spent overseas as his father, a talented engineer, worked on a number of large construction projects in Africa.  Returning to Scotland in 1962, Stewart proved to be very bright excelling at school and also artistically and musically, even singing in the church choir.

Growing up in the sixties suited him well from watching the new Dr Who series, which fed his love for science fiction, to the Goons and Monty Python, which appealed to his sense of humour.  Studying A levels at college, his reaction to an edict that ‘female students were not to wear trousers’ was to show solidarity and turn up in his kilt.

At the height of the Hippy movement when ‘flower power’ was the rage, he and a friend gathered armfuls of daffodils from his parents’ garden and handed them out to passers-by in the centre of Manchester. The first member of his family to attend University, studying Physics at St Andrew’s, his course was curtailed when, out of curiosity, he sat and passed an entrance exam for a large computing company.  A full career in IT followed finishing at Moray Council where he never quite retired as he was always wanting to finish just one last project.

Stewart is survived by his son Alasdair and his daughter Megan, who some will have met as she is an astrophysicist and has delivered talks to the club.  They both remember their father for his almost complete lack of culinary skills, his lack of detailed planning when undertaking outdoor treks, and the sometimes-awkward silences during telephone calls.  But they also remember his amazing storytelling, his calm and thoughtful nature, his carefully considered advice, the many holidays they shared including one to Tanzania, but above all they remember their caring and devoted father.

Stewart will be sadly missed by all who knew him.